As I write this, I am wearing nothing but my underwear. An electric blue sports bra and green lace underwear, to be exact. I DID have on grey yoga pants, but I took them off half way through my 60 minute vinyasa class. I was too hot. Pants had to go. No one around my mat giggled or gasped. No one complained or [snicker] enjoyed it, either. Why? Because there was no one else in the room. I have just completed a sweaty yoga class all by myself in my living room. A home yoga practice may not be a revolutionary thing for many long-practicing yogis, but for me it’s a brave new world.

I grew up dancing. Ballet, jazz, tap, modern, ballroom, anything but hip hop, really. From the tender age of 3 I was in teacher-led classes. The ritual of putting on the special uniform of leotard, tights, hair in a bun, and properly fitting dance shoes, then driving to the studio to join a group of similarly attired children (you know, the adorable little girls with their cotton undies sticking way out from under their leotards?) was a weekly and sometimes daily thing. I was raised experiencing physical activity this way: in a room with other people working on the same steps toward the same goal.

In the past, when I’d try to practice Sun Salutations and other postures on my own, without fail, I’d always allow myself ANY distraction. What I’d intend to be an hour long yoga session would usually end up being 30 minutes or less. I found I could NEVER stay focused when I wasn’t in a designated room surrounded by other sweaty, Ujjayi-breathing yogis.

I’m not kidding! Just this past year have I truly begun to appreciate doing yoga on my own at home.

Here’s what I’ve learned so far:

A lot of yoga teachers offer amazing music in their classes. As you get to know your favorite way to do yoga, you’ll gravitate to those who offer the kind of tunes that put you in that magical yogic zone. But riddle me this, Batman: What if you could walk in and say to your teacher, “Hey, I’m really into that new Selena Gomez track, and that one by AC/DC, and some Tibetan chants done by the African Children’s Choir” and she PLAYED all of it??? When you practice at home, YOU are that teacher and ALL THOSE THINGS can be on your playlist. And if you aren’t feeling the song that’s playing, next!

Even the most prolific studios can only boast so many classes in a 24 hour period. My home studio in LA used to advertise it’s “50+ classes a week!”, and while that’s a lot, sometimes when I wanted to practice at 2 in the afternoon there weren’t any classes scheduled. Or, like I’ve discovered, you can scroll through all your favorite studios’ schedules only to find that that teacher you really like is subbed out or there just isn’t a style you’re vibing on offered at the time you want to go.

Our mom’s had jazzercise VHS tapes, we have YouTube and any number of studios posting hundreds of classes online, many of them free…take THAT $23 drop-ins! By practicing at home, you can literally unroll your mat any time you want and get to it. Can’t sleep? Doubt you’ll find a calming restorative class offered at 4 am…but you can grab your bolster and blocks WHENVER YOU WANT and do a few restorative postures to calm your monkey mind. This brings me to my next point.

Sometimes all the time or energy you have is for three postures. Maybe only one posture. The beauty of a home practice is that you can tailor it to your schedule and/or energy level down to the very minute. The online yoga thing is GREAT for this, as many providers offer classes in 20, 30, 45, 60, or 90 minute increments. You can squeeze a 20 minute practice in on your lunch break during a busy work day, or throw down a good hour before you glam up for a Friday.

On the flip side, sometimes not having a set class time can allow you to drop waaaaay deep into your practice. While you’re ALWAYS allowed to make your flow “your own” as we love to hear yoga teachers say, there’s something so freeing about being on your own without another group of yogis waiting paitently for your class to finish. The other day I was following along to a 45 minute online vinyasa class, and next thing I knew that class had ended and I was still moving…just couldn’t stop. I had great music on and was exploring all kinds of finishing postures, some of which I hadn’t been instructed to take in class in a very long time. And I took a ridiculously long Savasana. Honestly, I have no idea how long I laid there…so. Damn. Good.

“Oh, No! Whitney! What are you DOING???? Women don’t speak of flatulence ESPECIALLY in the context of passing gas in yoga which is SUCH a faux pas. I mean, really, who would want to be caught DEAD farting in public let alone in Downward Facing Dog. How COULD you!!!!”

Sorry, folks, but it’s true. While some may, the average person does NOT feel comfortable truly allowing their body to do what it wants to do in public. I admit, there are certain places I would be embarrassed to toot, yoga class being one of them. When you practice at home and you feel the urge, YOU CAN LET IT GO AND NO ONE’S THERE TO CARE!!!!! And let’s be honest, ANY one who has ANY experience with ANY form of excerice can tell you that physical exertion gets things moving, if you will. Marathon runners poop themselves on the reg, so why be embarrassed about a little gas? There are even yoga poses explicitly meant to help “relieve wind.”

The term “organic movement” has been popular in classes I’ve been taking lately. The best description I can give is in Cat-Cow. Traditionally, Cat-Cow is taught as inhaling and arching the back, then exhaling and rouuuuuuuunding the back while positioned squarely on your hands and knees. Organic movement in this scenario would include any sort of swiveling or rolling of the neck, shoulders, waist, hips, etc.

If organic movement isn’t instructed, it’s easy for someone to feel reluctant to take it, even if it feels good in the moment. It took me a long time to realize that if I wanted to move my arm in a giant circle in Parsvottanasana to loosen up my shoulder I COULD, and no one would stop me! I’m much more comfortable moving however I wish now after 6 years of consistent practice, but there are still some things that aren’t deemed socially appropriate for a public place. If you are practicing at home and you get an itch in an intimate place, you can scratch it without having to be all weird about it. You need to sneeze? You want to scream “FUCK THIS HURTS” while you’re holding Horse Pose for an insane amount of time? You want to sing along at the top of your lungs to “One Love” by Bob Marley when it comes up on your awesome playlist? You want to take a break and call your Mom because you forgot to tell her that thing you were gonna tell her? GO FOR IT. Your practice will wait for you. And finally, the best possible, most genius home practice idea comes from a dear friend with whom I was discussing this topic. She’s a brilliant yoga teacher and dancer in New York and she admitted to me that she “masturbates before Savasana” when she practices at home. I mean….should we call it “Hand to Crotch” pose?

When I first started practicing at home, it didn’t stick. I found myself way too distracted by my phone, my bladder, the lint on my clothes, the dust on my floor, the hunger in my tummy, you name it and it would get in the way of my focus. Something about not being in a designated yoga space wasn’t working for me. Someday when I grow up I want a home with a room or terrace meant only for yoga, but until then, the living room of my two bedroom condo will have to do.

For whatever reason, this time in my life is allowing me to give building a real home practice a try. It’s teaching me a discipline I didn’t know I needed. Going to a yoga studio for class is easy for me; I know what I’m gonna get. Practicing alone at home is always surprising because I’m my OWN guide. Yesterday I thought I wanted to do a really high-energy practice and once I started it became quickly apparent that what my body needed was a lot of slow transitions and not moving to my edge. If I’d been in a room with a bunch of badass yogis doing every vinyasa and holding every position in it’s full-expression I might have felt like I needed to do more than felt right. Call paying attention to what others are doing in the room competitive, but I usually see it as motivating. It doesn’t always mean it’s what you need. Being your own motivator or the opposite can prove much more powerful, because as we know, what happens on our mat translates into every aspect of our lives.

Now, some of you might have read this and thought, “Aren’t all of these suggestions a little counterproductive? I thought I was supposed to stay focused on my breath, not feel tempted to call my mom or get up to pee or…” One of my favorite things about yoga is that the longer and more regularly I practice the more focus is cultivated, even without trying…especially without trying! As with any practice, the beginning can prove challenging as we start to let go of habits and presumptions we have about our capabilities. But sticking with it, even when it doesn’t look like what you think it should, will always pay off. I promise. Now go unroll your mat, put on some Rascal Flatts, take off your pants, and do some yoga in your house. I’ll see you in class another time. 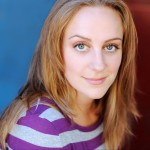 Whitney is a professional singer who travels the world performing with symphony orchestras. After practicing yoga steadily for 3 years, she purchased her first travel-ready yoga mat in 2012, and now it's one of her must-haves for any journey... alongside earplugs, coffee, and a good book. More Posts From This Soul Sister
Receive Our Weekly Inspiration and Top Stories
have you read: The hunt for my missing mojo: Tips and tricks to bring your creativity back Want all the latest articles send directly to your inbox?

© 2014 Sisterhood of the Traveling Mats. Design by The Darling Tree. Development by Hyphen.
Close